19 February 2019 is the tenth anniversary of Logos Hope entering service as the world’s largest floating bookfair. The vessel has a unique concept: she is a platform to promote literacy and education, cross-cultural harmony and service of others.

The 400 volunteers making up Logos Hope’s crew represent the world’s diversity; having come from more than 60 different nations to serve at sea for a period of one or two years. While officially registered in Valletta, Malta, the vessel doesn’t stay in a home base: with the exception of annual maintenance stops, she is continually moving from port to port, where her crew shares knowledge, help and hope in local communities.

The vast bookstore offers more than 5,000 titles in English and local languages. For many people around the world, this is their first-ever opportunity to purchase from such a selection of quality literature at affordable prices. Other attractions on board include the International Café, theatre performances, conferences, training and multicultural events.

Crewmembers go ashore to partner with local initiatives. They offer practical help, invest time and demonstrate the faith that motivates them to serve others with compassion, whatever their circumstance or background.

While Logos Hope has been operating for ten years, the vessel is actually 46 years old; having been built in Germany in 1973. After a ‘first career’ as a car ferry under the names Gustav Vasa and Norröna, she was purchased by GBA Ships in 2004. A period of fundraising and extensive renovation followed, which included the addition of two new decks. Logos Hope formally entered service as the fourth ‘book ship’ operated by the organisation, following in the wake of sister ships Logos, Doulos and Logos II. Logos Hope’s maiden voyage in her new role was from Køge, Denmark to Gothenburg, Sweden on 19 February 2009.

Captain Dirk Colenbrander (Netherlands), who was at the helm on that voyage, said: "We sailed out backwards, being pulled by a tug, because the port of Køge had no space to turn around. Then a tug boat had to break up the ice so we could get alongside in frozen Gothenburg! It was the first time some of our crew had ever experienced snow."

Captain Dirk still serves as interim Master, and always marvels at the enduring appeal: "I am amazed how the ship, her books and international crew still keep attracting so many people in each port. When we visit places that our other ships have been to many years ago, it’s often only then that we hear about the impact those visits made. This encourages us to keep going," he said.

In the decade since launching into service with GBA Ships, Logos Hope has:

The Chief Executive Officer of GBA Ships, Seelan Govender (South Africa), has spent 14 years living on board the organisation’s vessels.

"I feel honoured to work with dedicated volunteers on board and on shore, who maintain the constant operation of the ship. What I believe continues to draw people to the vessel is the variety of family-focused literature available in our bookfair, our seminars and events, plus the opportunities to train with us and gain international cultural experience," said Seelan.

The anniversary will be marked on board in Chile, where Logos Hope is currently on a two-year tour of Latin America – her first visit to the South American continent. Fifty-six new volunteer crewmembers have just been welcomed aboard and are settling in to their roles.

It is of note that the ship is currently making the first-ever call for any of the organisation’s ships in the port of Lirquen, Chile – proving that, almost 50 years after the original Logos ventured out, there are still new places to impact, sharing knowledge, help and hope.

The vessel Logos Hope is currently visiting:
Willemstad, Curacao
where the local time is 3:57 AM 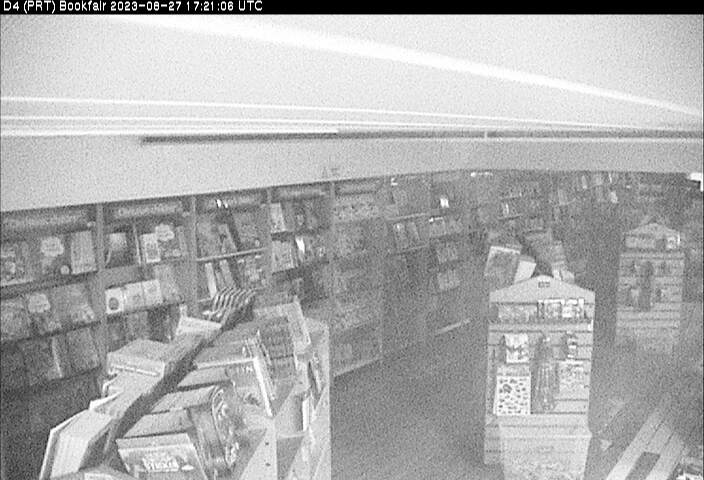