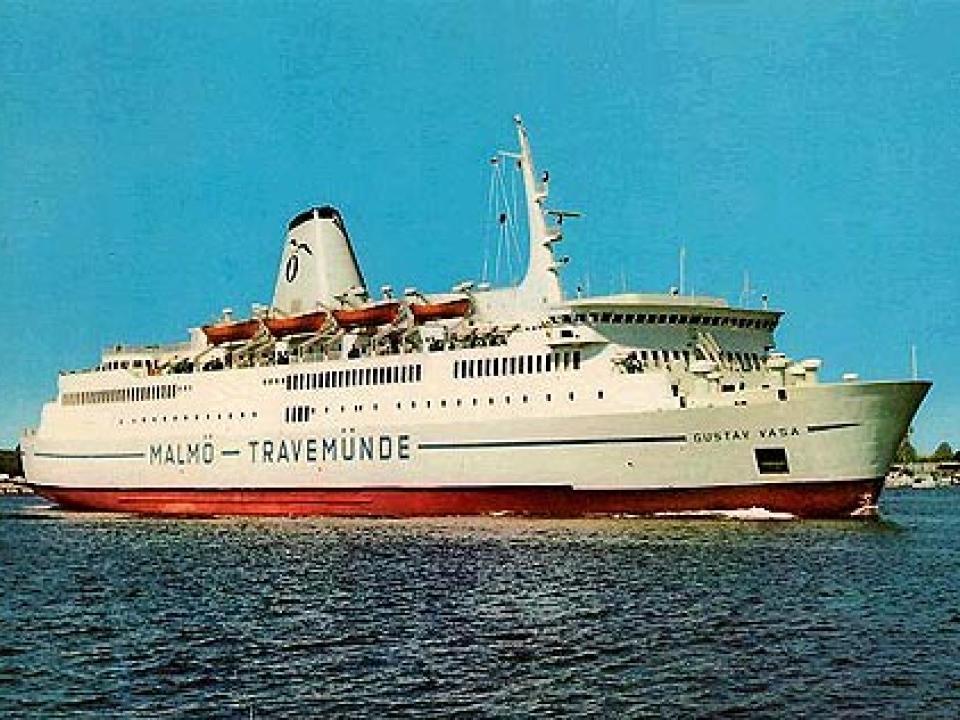 Logos Hope started life in Rendsburg, in the north of Germany, in 1973 as the car ferry Gustav Vasa with the company Lion Ferry AB. Maintaining the same route between Malmö (Sweden) and Travemünde (Germany) for 10 years, she was chartered out to many companies. Her route was later extended to include Rønne (Denmark) and Trelleborg (Sweden). 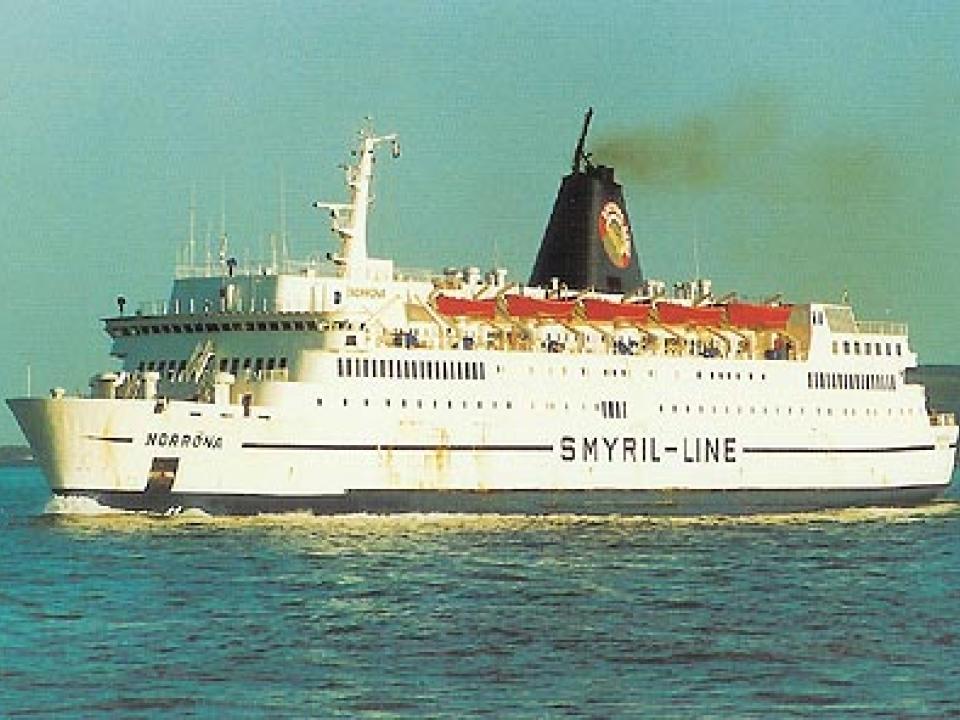 In April 1983, she was sold to the Faroese ferry company Smyril Line, and renamed Norröna. Sailing from Torshavn, the Faroese capital, to Lerwick (Shetland Islands), Bergen (Norway), Hantsholm (Denmark) and Seyðisfjörður (Iceland) each summer, she was often chartered in the winter to cover other operators' overhaul schedules. When Smyril Line delivered a new Norröna in 2003, the old vessel became Norröna I, and was put up for sale. Following inspections, GBA Ships purchased her in March 2004. 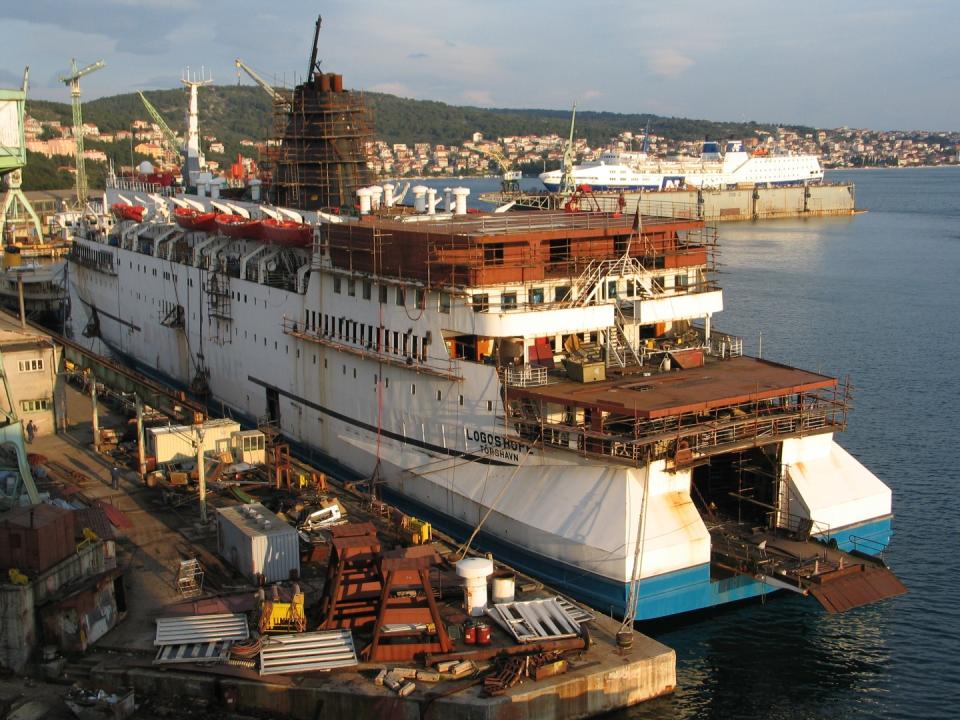 After a further period of planning and fundraising, extensive renovations began in earnest in the Brodotrogir Shipyard in Trogir, Croatia in June 2005. A new deck was inserted into the double height vehicle deck to create space for what is now the Visitor Experience. An additional deck was added towards the aft to accommodate the school for children of families serving on board. A new galley was installed, and the bridge completely refurbished. Machinery in the engine room was overhauled. Accommodation sections and community spaces were rebuilt, and air-conditioning, sprinkler and electrical systems were renewed.

In November 2007, the ship left Croatia bound for Kiel, Germany, for a further period of outfitting. On arrival crew and equipment were transferred from Logos II, the ship she would replace, and outfitting work took on new momentum with increased numbers on board and many volunteer project workers from northern Germany and around the world coming to help. 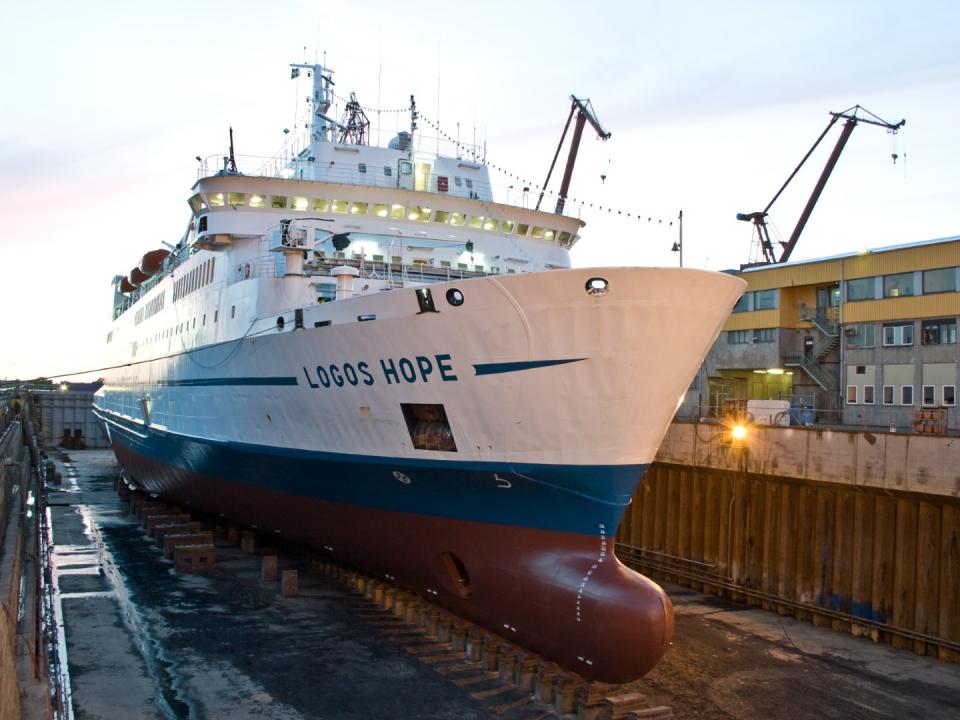 The ship departed from Kiel in May 2008 heading for dry dock in Landskrona, Sweden, where a larger, more efficient generator was brought into the engine room through the side of the ship. Thereafter, Logos Hope was berthed in Køge, Denmark, for final outfitting. As well as completion of the accommodation areas and community spaces, work continued on the areas intended for the public, including the Logos Lounge conference room and the Visitor Experience deck. A massive combined effort saw all the surveys completed and certificates in place, and Logos Hope was launched into service in February 2009.